The Wells County Chamber of Commerce staff and Ambassadors welcomed LifeWise Academy-Northern Wells to Ossian with a ribbon cutting celebration on December 13, 2022. LifeWise Academy is a Bible education program being offered to public school students during the school hours. The Presbyterian Church is providing a space in one of their buildings to home the academy.

LifeWise Academy is a Released Time Religious Instruction (RTRI) program which provides Bible-based character education to public school students. Under RTRI laws, students can be released from public school during the school day to attend religious classes, provided the program is off school property, privately funded and parent permitted.

“This is an incredible blessing from God,” said Rhonda Maller, Executive Director. “We just found out about the program in the past year and the committee did a lot of work to be able to start our first class on January 10, 2023. There are currently 23 kindergartners and 23 first graders from Ossian Elementary that have signed up to participate in the academy. “Once the program begins, and additional students would like join, we can continue to add more on the first Tuesday of every month.”

The foundation for LifeWise curriculum is The Gospel Project (TGP), a Christ-centered, chronological Bible study program produced by LifeWay. Lessons are taught once a week, with hands-on activities, specifically focusing on character traits, (i.e., gratitude, respect, joy, patience, and forgiveness), tied to stories in the bible.

Maller explained that LifeWise Academy has three requirements. “The first is the ability to take students off school campus; second, students must be willing to participate, and parents sign a paper to give permission to attend; third, LifeWise is privately funded by churches, individuals, and business donations.”

“The Superintendent, teachers, and administration are 100% behind this program,” said Maller. “We can not thank them enough for their support. This is all very exciting for the community because our kids are the future and if we commit to them now, we will reap the blessings later. Other LifeWise Academy’s that have been in operation for awhile have said student behavior at school and in the community is better. That is powerful.”

The building space that the Presbyterian Church provided for LifeWise Academy needed some renovations. “Everything had to be re-painted, ceiling tiles were all replaced, the carpet was all removed, and new flooring was installed,” Maller explained. “We are so thankful because Yaste Painting donated the paint, the flooring was given to us at cost by Creative Carpets and they donated the labor to install. Overall, all the work was done by volunteers.”

Many churches are supporting the program; along with personal and business donations being accepted. “We ask that people step back and think about the impact this is going to have on our future community,” concluded Maller. “Give us your heart and give us your support. LifeWise Academy is currently being organized for all three school systems. Donations can be made online, designating the location, or write a check and send to PO Box 371 in Bluffton. Donors can choose if they want their funds to go county wide or by school. Support is essential because this program takes money.” 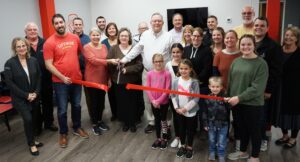