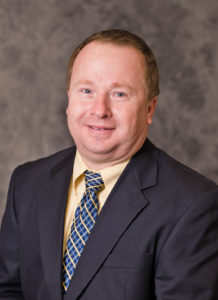 December 19th, 2018 (Berne, IN). First Bank of Berne is pleased to announce that in October 2018, Peter Schmidt, their Vice President and Information Security Officer, completed the FBI Chief Information Security Officer (CISO) Academy in Quantico, VA. Schmidt is in charge of all cyber security at First Bank of Berne, and works to ensure all customer information is safe from cyber-attacks.

The FBI’s academy training allows cyber security professionals from across the U.S., like Schmidt, the opportunity to participate in a week-long conference with the FBI Cyber Division, Supervisory Special Agents, and Special Agent from the FBI’s 56 field offices and headquarters. During their extensive training at the FBI’s national facility, participants work alongside the FBI, government agencies and their private sector peers to address current and emerging cyber threats and evaluate and provide top-level solutions for current and emerging cyber threats.  Schmidt tells us his class reviewed famous case studies of cyber-attacks, how they occurred, and what could be learned from them. They also discussed current attacks, and how the FBI was handling them.

In order to be considered for the academy, individuals must receive a nomination from one of the FBI’s 56 field offices. Getting nominated for the program is one thing, but getting asked to participate in the program is another. Over half of those who are nominated don’t make it into the annual class at the academy.

“We all know that every day, whether it’s on your business’ website, or even your home computer – there are attacks happening. There are nations where “attacking” on the web is their source of income. Which is why businesses must have cyber-security actions in place.” – says Schmidt. Schmidt tells us cyber security is something Schmidt, and the rest of the staff at First Bank of Berne, take very seriously and have been committed to making a top priority.

Schmidt noted that First Bank of Berne has been able to work with government agencies and help customers who have been victims of fraud. He stated that many times customers are embarrassed that they have fallen victim to fraud or have been scammed, but he reassures them that if customers will work with the bank, sometimes those assets can be retrieved. Schmidt praised his amazing IT support team at First Bank of Berne, talking about how hard they work to prevent and address these issues.

Mr. Schmidt joined the bank in 2010 and is a 2015 graduate of the prestigious Graduate School of Banking in Madison, WI. He has completed both the Bank Technology Security School and the Bank Technology Management School offered through GSB-University of Wisconsin at Madison. Mr. Schmidt has also earned the Certified Information Systems Security Professional (CISSP), Certified Information Security Manager (CISM), and the Certified Banking Security Manager (CBSM) designations.

About First Bank of Berne

Established in 1891, First Bank of Berne has nine convenient offices, located in Indiana and Ohio. Since its beginning, First Bank of Berne has always been involved in the community and has devoted their efforts toward providing customers with the best possible service. The bank has been recognized as an ICBA Top Performer, a Five Star Bank, and has been rated Indiana’s number one bank numerous times, as reported by Financial Management Consulting Group.